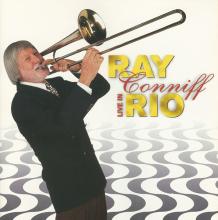 Mi Historiacan be purchased from Amazon.

The copyrights in this recording: IVY MUSIC
Distributed by PolyGram